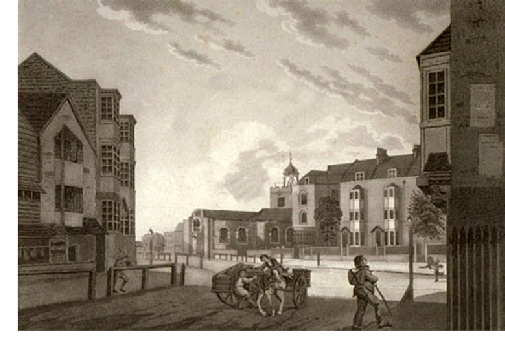 Little is known about Robert Cawt’s early life. He was probably born around 1765 in south London - there were Cawte’s living in the capital as early as the 1600s. By 1789 he was living in the Parish of Newington St Mary, also known as Newington Butts supposedly from the ancient butts for archery which once stood there, although no evidence exists of this. Only a mile south of London Bridge, it had remained a farming village with a low level of population until the second half of the eighteenth century when the landowner, Henry Penton, began to sell of parcels of land for development. New roads sprung up bringing development opportunities, although in 1802 Newington consisted of only about 600 houses, many of which were small tenements in bad condition. The map below shows the rural character of the area, and the illustration above shows the main thoroughfare around 1800, with the spire of the Church of St Mary Newington in the distance. 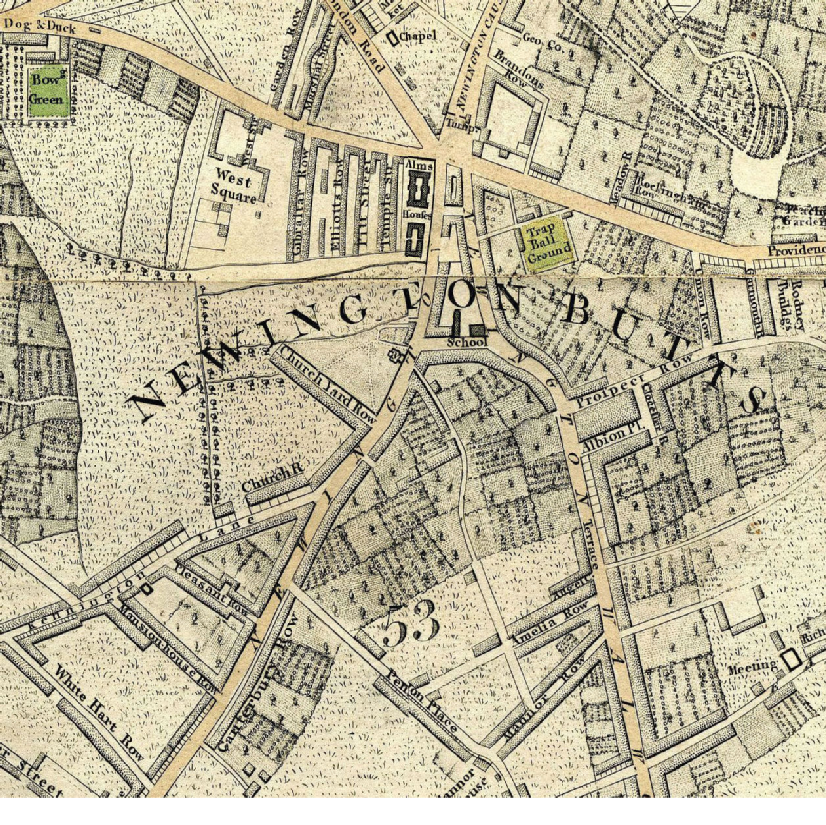 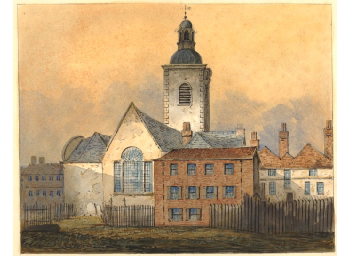 t was at the Church of St Mary that Robert married Elizabeth Harvy on Tuesday 16 June 1789. It was a particular wet summer, with twice as much rain than usual from May to July and the bride stepped warily through the London streets and the churchyard in an attempt to keep her shoes and skirts clean. Once inside the church, bride and groom made their mark, although the witnesses, of which there appear to be three (Caleb Lacey, Susannah Wade and Thomas White, signed their names). At the time of their marriage, Britain’s eyes were turned on events in France, and a month later, news came from across the Channel that the citizens of Paris had stormed the Bastille.

After their marriage, Robert and Elizabeth moved a mile or so east to Bermonsey which was more densely populated with artisans and light industry, particularly tanning. It was here that their first child, Richard, was born on 2 September 1792 and baptised on 30 Septemberat the Church of St Mary in Bermondsey (shown above).

The baptism entry records that Robert was a pin maker. Although this sometimes refers to the pins that used in the pottery trade to support clay ware during firing, later evidence shows that Robert was making sewing pins. Until the 1820s when steam powered, automatic pin machines were designed, pins were hand-crafted. The most expensive part of the manufacturing process was that of the brass wire, and the cost of wire drawing. The many different sizes of pins produced r 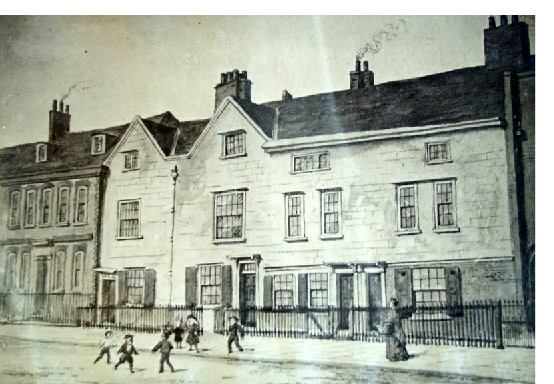 equired the wire to be drawn down to many different gauges. For the smallest pins this might need to be done through several stages. Hand wire drawing required strength, skill and space. Even when part of the process began to be automated, pin machines required large supply of wire. This wire needed to be of a consistent quality throughout its length; something was difficult to achieve by even the most skilled drawer using only a pair of pliers and his own muscle power. At the time, Gloucester was the centre of pin making in Britain and in 1802 there were nine factories in Gloucester employing 1,500 people (a fifth of Gloucester’s population).

At the time his first child was baptised, R 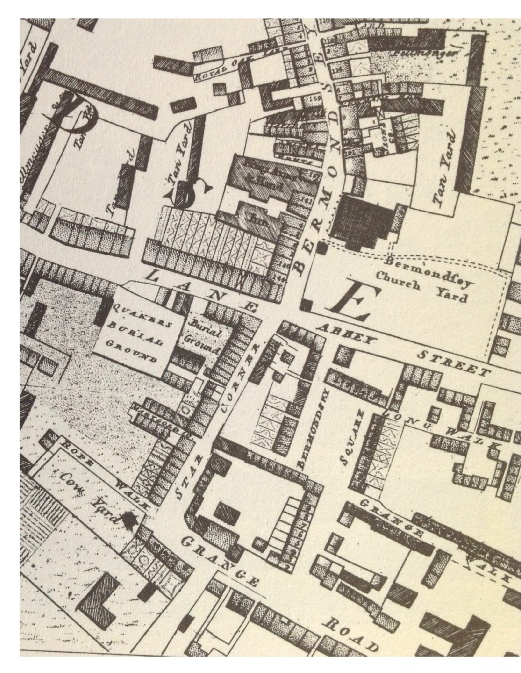 obert and his family were living at Grange Walk, a respectable street with houses dating from the late seventeenth and early eighteenth century, as well as rows of newly built terraced houses for artisans. The illustration on the left shows some of the more well-to-do houses; the map (left) shows the area in about 1800. To the north of the Church are several tanneries and at the end of Grange Road is a yard for cows which would have supplied fresh milk to local residents. To the east and not shown on the map was a spa and gardens which had opened in the 1770s.

By 1798, Robert and his family had moved a little to the north-west, towards the river and Southwark, where another son, James, was born. He was baptised at the Church of St Saviour and the register (pictured below) shows that James continued to work as a pin maker. The register also shows that the spelling of the Cawte name was corrected, which would suggest that James could perhaps read and spell his name even if he could not write; it was not uncommon for people to be able to read but not write, since for the working classes, writing was considered necessary only for those who needed the skill for their work.

Three years later on 30 September 1798, Elizabeth gave birth to a son, William Robert. Another child, Elizabeth Ann, was born in 1801 and baptised at the Church of St Saviour in Southwark. Robert’s occupation was shown as ‘wire drawer’, i

ndicating that he had advanced from making pins from drawn wire to the more skilled process of drawing the wire itself.

Nothing more is know of Robert after 1801 and details of his death have not been found. Elizabeth survived until 1838, so the fact that no more children are recorded after 1801 may indicate that Robert died in the early 1800s.