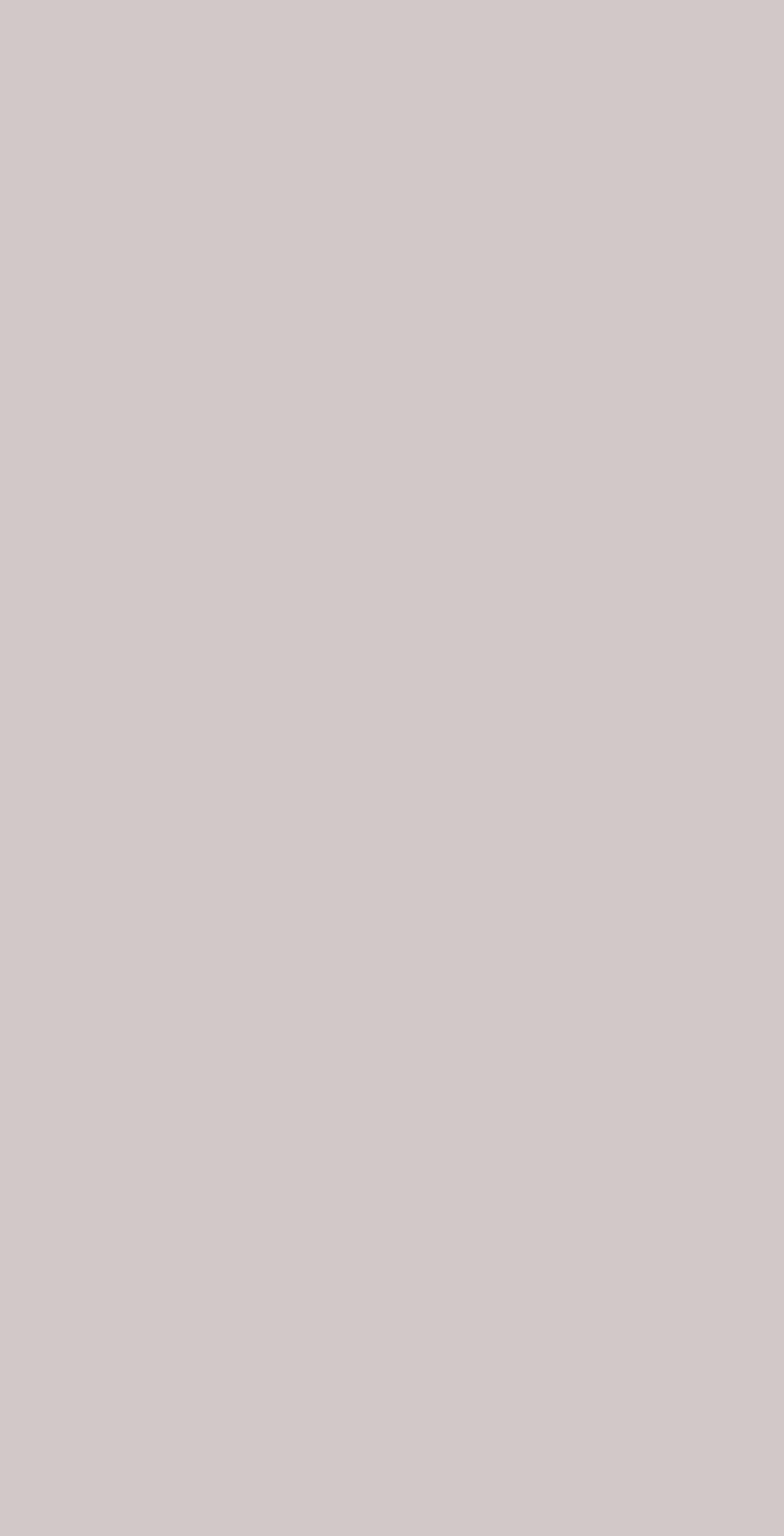 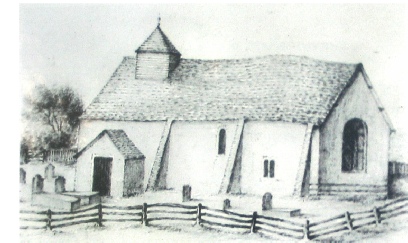 Mary Ann Benham was born in the Hampshire village of Nutley on 22 January 1844, the daughter of Thomas and Fanny Benham. At the time, Nutley, and Preston Candover to the south, had a population of over 500 people and the land was divided between six main farms, ranging from 200 to 1,000 acres. Today Nutley is little more than a signpost by the side of the road, one fine manor house and a few houses; blink when you are driving through and you will miss it. Where there is now a gate and a deserted graveyard by the side of the road (see picture on the right), there once stood the parish Church of St Mary. It was here on 21 April 1844 that Mary Ann was baptised, one of the last baptisms in this ancient church before it was replaced in 1845.

In 1854, the nine-year old Mary Ann was living near Overton with her family. While her father and brothers worked the land, Mary Ann helped her mother with the household chores and also looked after her baby sister, Eliza, who had been born the previous Summer. It was about this time that Mary Ann’s mother contracted consumption (tuberculosis) and, although only ten-years old, Mary Ann took on many of the household chores. Within six months, Mary Ann’s mother was dead, and by 1858 Mary Ann had left home for employment at Manor Farm as a housemaid. The photograph shows Manor Farm when it was sold in 1931; the farm house and two of the barns can be seen in the background; the medieval timber-beamed and thatched barn (which is now a listed building) is shown below.

Mary Ann was one of a number of house servants: there was a governess, a nursemaid and a nurse to look after the family’s six children who ranged in age from two to eleven, and a cook. 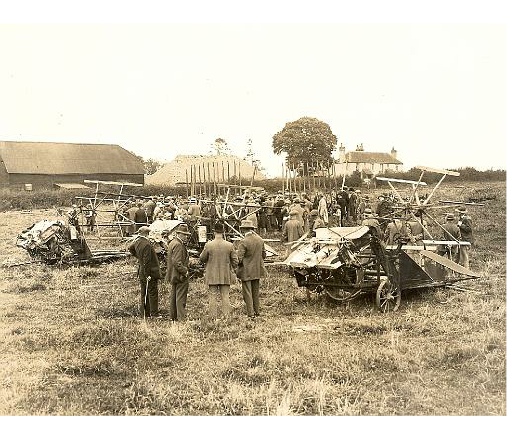 As the only general house servant, Mary Ann was at the bottom of the servant hierarchy and her day was long and physically demanding. She rose about six o’clock in the morning and worked until around nine or ten o’clock at night. Her duties included lighting the fires, filling and cleaning lamps, fetching and carrying water and hot water for washing, emptying chamber pots, cleaning the rooms of the house, making beds, scrubbing floors, cleaning and polishing grates, brushing carpets, beating rugs, washing laundry, which needed to  be soaked, blued, washed, rinsed, rinsed again, wrung out, hung to dry, and then ironed with a flat iron heated on the hearth.

It was whilst she was working at Manor Farm that she met Charles Monger. He was a carter, and at ten years older than Mary Ann, he was ready to marry. Their wedding took place on Saturday, 18 October 1862 at the ancient Church of St Andrew stands. After their marriage, Mary Ann and Charles probably moved to a cottage in nearby Ellisfield, as married workers generally did not ‘live in’. Charles continued to work at Manor Farm, and no doubt Mary Ann helped out at harvest time, when wives of harvesters were employed to cut corn into rows ready to be tied into sheaves. In October 1864, Mary Ann gave birth to her first child, Arthur. The photograph below shows cottages near Farleigh Wallop. 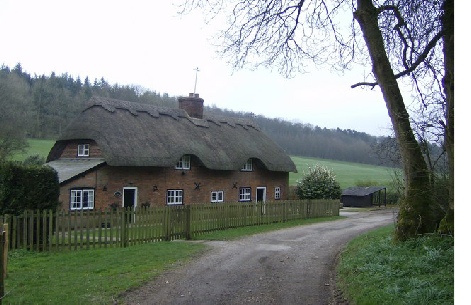 After Arthur’s arrival, Charles and Mary Ann moved to Sherborne St John, possibly to be closer to Charles’ family and the network of support it provided. Here, Mary Ann gave birth to five more children: William (November 1866), Frank (late 1868), Albert (July 1871), Sidney (1873) and Rosalind Kate (June 1875). With a new baby arriving every two years, Mary Ann’s days were spent looking after the house and her family. After Rosalind’s birth, the family moved to Pot Bridge, just outside the town of Odiham. Another son, George, was born here on 3 May 1877. David followed two years later in early 1879 and Jane two years after that in early 1881 when Charles was about 48 years old. In all, Mary Ann had eleven children, seven of whom were still alive in 1911.

By 1891, Mary Ann, Charles and four of their sons (William, Frank, George and David) were living in a four-room cottage at Wootton St Lawrence, a hamlet about a mile and half south-west of Sherborne St John. Albert and Sidney had already left home and not long after the census was taken, William, Frank, George and David left for the larger towns and cities in search of 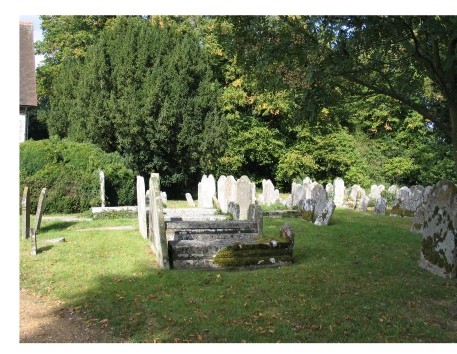 By 1901 Charles and Mary Ann had moved to Oak Cottages in Sherborne St John. To supplement the money that Charles earned as a labourer, Mary Ann took in washing and they had a lodger, Frederick Shepherd. After Charles’ death in 1902, Mary continued to live at Oak Tree Cottage in Sherborne St John and was able to make ends meet  by taking in laundry; perhaps her family also helped her out, since her income could not have been great.

Mary Ann continued to live at Oak Tree Cottage until her death on 22 December 1917. The cause of death was given as ‘old age and exhaustion’. Her daughter, Rosalind, who had lived in London since the turn of the century was with her. She was probably buried in churchyard of St Andrew’s church (pictured right).