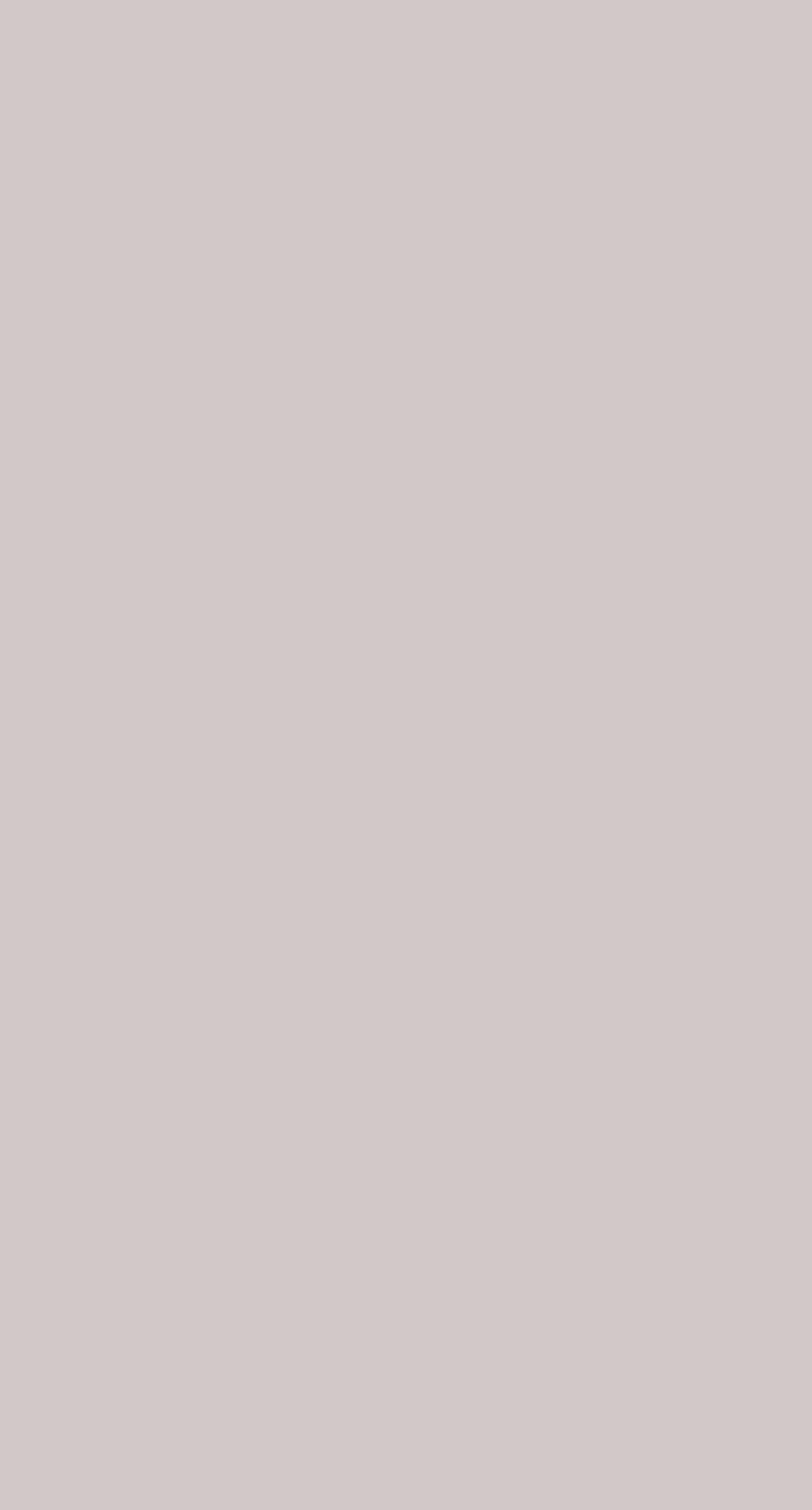 Emily Amelia Peters was born around 1880, possibly on 20 April, in the Kingsland area of Hackney, the daughter of Joseph Wilborne Peters and Elizabeth Bradford. The photograph on the right is reputed to be of Emily ; if so, it must have been taken in the early 1900s.

Emily’s father was a labourer and the family moved frequently whilst she was growing up. In 1886, they were living at 65 Felton Road, a 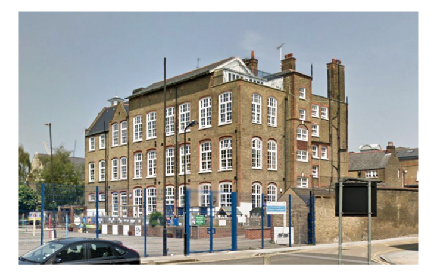 nd on 23 August Emily was registered at the Hammond Square School in Hoxton. Her sister, Jessie, only a year or two older, was also a pupil at the school, and the two sisters no doubt walked to and from school together. The school, now the Burbage Primary School, built in 1873, is shown below. By 1891, Emily’s family had moved to 54 Queensbury Street, a few streets to the north west.

Emily probably left school in about 1892/3. A few years later, in 1899, she was living with her family at 18 Emma Street just off Hackney Road, a few doors from the Bostock family. Their youngest son, Edwin Francis, was twenty one years old and his bright blue eyes and mischievous sense of humour caught Emily’s attention. What’s more, unlike Emily’s father whose unskilled work meant a precarious existence moving from one job to another, Edwin had a skilled job and was a cabinet maker. It was a good match for Emily when she married Edwin on 7 August 1899 at the Church of St Stephen, a few streets away. Edwin’s father and grandmother were witnesses.

From Hackney, Emily and Edwin moved to Caistor Park Road in West Ham.The 1901 census shows Emily supplementing their income by what appears to be box making, although the census is difficult to read. If so, this probably referred to match box making, an occupation which women and children often carried out at home to supplement their family’s income.

In November 1903, Emily gave birth to her first child, Edwin Francis Joseph. A few years later, another son, James, followed by which time Emily and her family were back on the familiar turf of Haggerston. From here, they moved to 38 Stanley Road in Stratford where they were living in two rooms. Two more children followed: May Alexandra (1911) and George (1913).

With their family growing, Emily and Edwin moved in 12 Franklin Street in Bromley-by-Bow. Although only a ‘two-up, two-down’ terraced house, with its front door opening directly onto the street, it gave them a home of their own, albeit a rented one, and the space they needed with their own back yard. But just as life looked to be improving, events in Europe threw life into turmoil: on 4 August 1914 Britain declared war on Germany. Although conscription was not introduced until March 1916, and married men were exempt until June 1916, Edwin enlisted in December 1915. His reasons, and Emily’s thoughts on the matter, are unknown, but even if Emily supported his decision fully, she must have had concerns, not only for Edwin’s safety but for her and her family’s well-being: army pay was a shilling a day.

In an age of limited media and only six war correspondents operating initially from GHQ in France, it is difficult to know what the average citizen knew of the war; newspapers trod a fine line between showing their patriotic support and providing accurate reporting. Even so, Emily must have wondered as the family sat eating their Christmas meal whether it was the last time they would all be together. Edwin reported for duty probably after Christmas and after basic training was shipped out to France in the new year with his battalion. He was not in France for long. On 18 March 1916 he fractured his tibia and was shipped home on 27 March to the Military Hospital in Endell Street in Covent Garden. No doubt Emma was relieved he was out of harm’s way, although he spent almost three months in hospital recuperating.

In June 1916, Edwin arrived home. It was an emotional homecoming that was all too short, and ten days later Emily and the children once again waved goodbye to Edwin as he left to rejoin his Battalion in Winchester with the expectation of returning to France. As Emily waited to hear where Edwin would be posted, she discovered that she was expecting another child. It came as a blessing when she learned that Edwin would be stationed in Britain. She would have been even more relieved at the time had she known that she was carrying not one, but two, children; with limited prenatal care, it was not uncommon for a woman to go into labour oblivious to the fact that she was carrying twins. On 1 March 1917, Emily gave birth to two healthy boys, Arthur Henry and William Albert. Emily must have rejoiced when peace was declared on 11 November 1918 and Edwin was finally demobbed in January 1919. 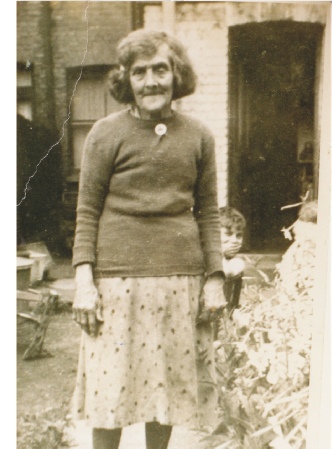 fter the war, life did not return to normal for Emily. From family recollections, it appears that the war had changed Edwin. His daughter, May, recollected that her father drank and was often abusive to Emily, spending more than the family could afford on drink. Such recollections paint a very different picture to the mischievous young man with the twinkly blue eyes, who had Emily’s name tattooed on his arm.

Sometime between 1935 and 1939, Edwin abandoned Emily and their children. Details from this period are scant, but in later life Emily lived with her daughter, May and her family at their home in Leytonstone. The photograph on the right shows her in the back yard of South Birkbeck Road in about in about 1960 (her grandson, John Moss, can be seen in the background). Emily died not long after of chronic bronchitis on 14 March 1961 at Langthorne Hospital in Leytonstone. Her death certificate states that she was a widow, although in reality, her husband was alive and living a few miles away in Hackney. Emily was buried in Dagenham Cemetery.