Emma was born on 11 March 1843, the daughter of William Worcester and Mercy Reynolds. Although she was born at Waterside in Dartford, Kent, she was still an infant when her family moved to London, and she grew up in Southwark. Her father worked as a labourer, often labouring on the docks of the south bank and the family rarely lived more than a five minute walk from the banks of the Thames.

It was a working class area dominated by industries and wharves. Before the construction of the Albert Embankent, the south bank was prone to flooding as the illustration of 1850 below shows. It was densely populated but unlike other areas of London there were no standpipes in the streets of Lambeth and residents were forced 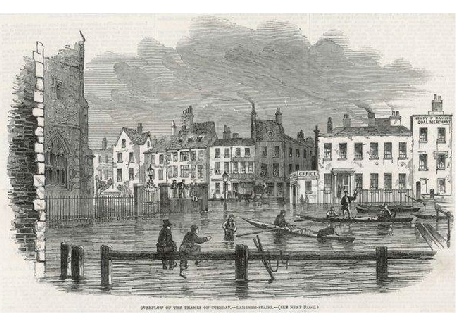 to take their drinking water from the River Thames, the main outlet for the capitals sewerage. Not surprisingly, cholera struck in 1849 and in a period of about 12 months two thousand waterfront residents of Lambeth died. It was in this setting that Emma grew up, and with work hard to come by, it was an impoverished childhood.

By about 1860, Emma was living at Pitt’s Place on at Bankside near where her father worked as a dock labourer. It may have been through her father than Emma met John Robert Cawte, a lighterman living at Oakley Street in Lambeth. In May 1863, their Banns were read at the Church of St Mary in Lambeth and on 2 August 1863, they were married, Emma’s father, William acting as a witness. It was a good match for a dock labourer’s daughter.

The following year, Emma’s mother died. As the eldest daughter, the responsibility for taking care of her two youngest sisters, Eliza and Elizabeth Matilda fell on Emma. In 1866, Emma gave birth to a daughter of her own, who was baptised Eliza Rachel at the Church of St John on Waterloo Road. - living at Pitt’s Place. 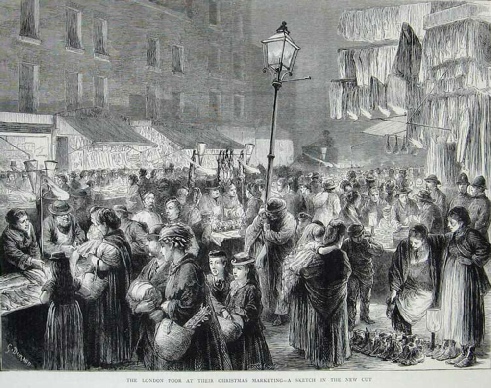 On 5 March 1871, Elizabeth Matilda was baptised at the Church of St John, Waterloo, at the same time as her nieces, Sarah Ann and Rachel Mercy Cawte. By this time, Emma and John had moved to 32 Cornwall Place.